We Provide Hope Without Judgment

Support our ability to provide essentials to Pierce County’s homeless by donating to Sidewalk Rescue Ministry. Financial donations are preferred since we know what is most needed and often have supplies donated. All donations and proceeds go towards helping the homeless. 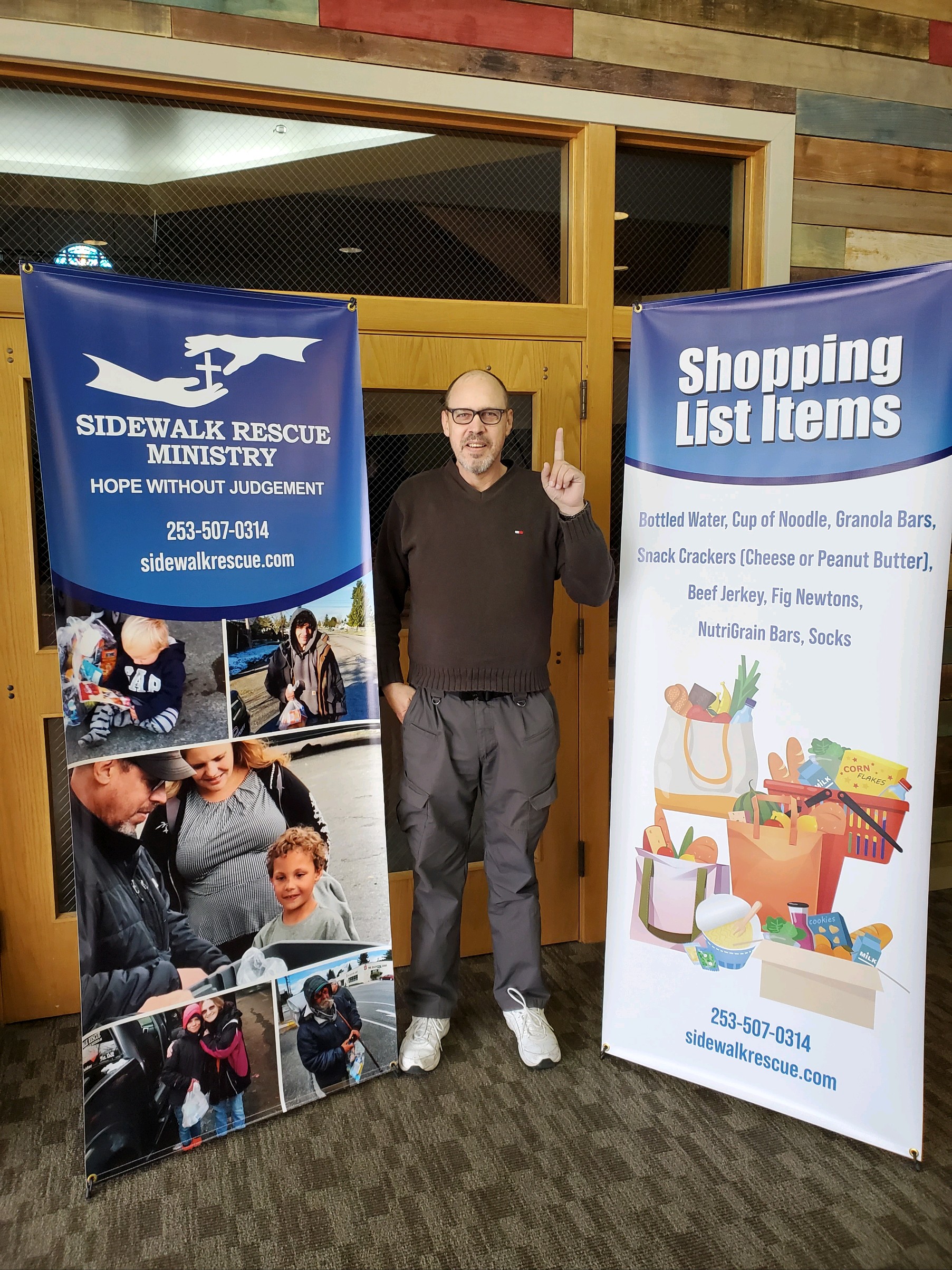 How you can support us

What we need most

“I became homeless and found myself living on the streets of downtown Tacoma. I was 50 years old … I became very depressed and hopeless … I wanted to end my life many times. One day, a truck pulled down into the homeless camp where I stayed. A man appeared with supplies and began talking to us as if we were human beings. … Then, he asked if it was okay if he prayed for us and we said “yes”. … It was the first time that I felt valued and loved while I was outside. His name was Rodney, and he had a story of his own. … He visited us several more times and each time, he said a beautiful prayer for us. … Soon, in the dead of winter, I found housing! Rodney played a huge role in getting me off the streets. … His prayers gave me strength to not give up. Rodney is a dear friend of mine today. What Rodney does for homeless people is gives them love without judgement. … He is my hero.”